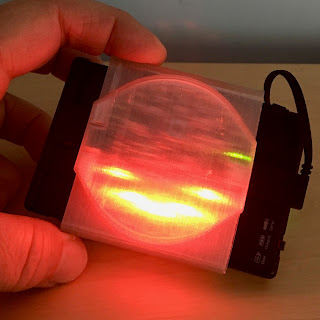 We've added some material to our Hacker Calculus project on Hackaday.

Check out the overall project at the link above, or see the directions to build the acceleration sensor shown here in Log #1. It's a great way to start a conversation with students about acceleration, gravity, constant-velocity motion, and more.

Our Hacker Calculus project aims to create a structured set of modules consisting of hands-on 3D printing and electronics projects, with thorough text documentation and minimal supporting algebra. These modules will teach calculus in this hacker style both for self-learners and others, like the visually impaired, who need hands-on learning.

When Isaac Newton developed calculus in the 1600s, he was trying to tie together math and physics in an intuitive, geometrical way. But over time math and physics teaching became heavily weighted toward algebra, and less toward geometrical problem-solving. However, many practicing mathematicians and physicists will get their intuition geometrically first and do the algebra later. We want to let people get to that point directly without passing through (much) algebra, particularly people who learn best by making something.

Follow our project as we continue to add ideas!
Posted by Joan Horvath at 11:59 AM